Earlier this year, I created some pixel animation for a client, Michael Smith from iTribe Social Inc. that was then compiled into a cool video:

I just did the pixel art/animation, basically. Michael has been really nice and easy to work with. I always feel cool and hip when working on his projects 😛 probably because I mostly provided cyberpunk pixel art for him.

I do want to make more cyberpunk-y artwork but I’ve been caught up on other projects lately >_> Well, at least I’ve been productive 😀 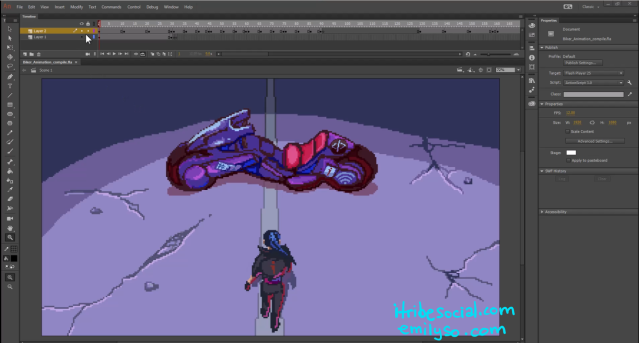 Thank you, Michael, for the fun projects and for being such an awesome client!

Posted in Uncategorized | Comments Off on Small Pixel Animation Gig

It’s been a while since I’ve updated, and I felt like I should post *something* to show I’m not dead!

Here’s a quick screenshot of what I’ve been working on lately. I’ll present it in full when I’m finished! 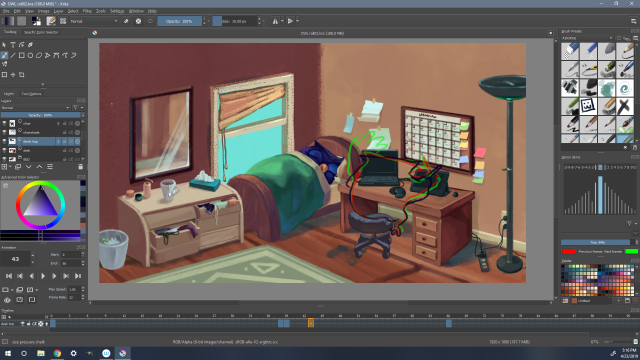 This year I got into Krita. It’s truly an amazing piece of free software, and I believe it’s the easiest all-inclusive program where you can digitally paint and animate stylistically, including with chalk-y, painterly or sketchy styles, and even pixel art!

So far, the majority of my students whom I’ve introduced the software to have been really enthusiastic about it. The brushes included in it are very customizable and it feels like it’s doing half the work for you to make your artwork more stylized and polished.

I feel like my students have really been motivating and inspiring me. I’ve been pretty stoked about this project, and got some of my students hyped about it so sometimes they ask about it. If I haven’t been working on it, I feel kind of guilty, in the same way that they would feel guilty if they tell me they have no new work to show for my classes (to which I say most of the time “that’s totally okay!” if there are no major deadlines :P)

Since I haven’t been using flat colors and the animation is actually textured, it’s going to be taking me a lot of time. I even want to animate a bunch of little objects and the lighting, not just the owl, to really bring this whole scene to life. The older version of myself would have been like “but it’s too much work!” but then I think, “What would I tell my students though? Should I really be showing them that it’s okay to be so intimidated and then too scared to take on a worthy task?”

So now, I want to signal to them that they really should not be intimidated, that every extra additional minute they put into making an animation look more developed, colored and polished, is completely worth it, and people will love it. Viewers are so much more likely to click on a thumbnail of a colored animation than an uncolored outlined one. All the time you put into a confidently executed animation will give back to you later in the form of other people’s appreciation for it, years down the road.

Posted in Uncategorized | Comments Off on Owl Animation quick update

I’ve been wanting to get into the science fiction genre of illustration, but it’s tough since I haven’t put in as many hours into stiff structures and mech-y parts. I’ve put in way more time into the fantasy genre, not to mention mostly female figure illustrations.

I was again trying to replicate some Peter Mohrbacher. Coming up with cool colors, lighting and interesting composition is challenging.

Since GIMP hasn’t been as cooperative with my hardware these days, I actually did this one completely in Photoshop. The smudge tool lags a whole lot, so I just kind of try to manually blur/blend things with the brush or just filter it out.

Some day I hope to be nearly as good as the artists I admire.
Cheers to more finished work!

Posted in Uncategorized | Comments Off on Sci-Fi Concept Art

I guess cold shoulder tops are in these days (well, maybe not the current season but in recent years). I think even my younger students that are like 10 years old wear cold shoulder tops. They are pretty cute and comfy to wear, though. Since my computer has been freaking out with GIMP and hasn’t been working properly with GIMP, I’ve been using Photoshop. I also feel like other people (my students) have been running into problems with GIMP lately for various reasons 😥 guess programs like Photoshop are just more widely compatible.

I’ve had a lot of pride over the years having been able to make like 99% of my best work out of GIMP because of people around me constantly poo-pooing over it. Even students would be surprised to discover that my portfolio is filled with work produced with GIMP. Whether we use GIMP or Photoshop, they’re really just tools and I’d say would only account for less than 10% of what’s required to make good work. Honed skill is the most important thing to have for higher quality work anyway.

Posted in Uncategorized | Comments Off on Chibi characters doodle

I want to do more illustrations for the Character Design Challenge in the future. Here’s my first entry for CDC: The theme of the challenge for this month is candy/dessert themed characters. Most other entries had the characters actually made up of the candies, like gummy bears and cakes. My character is supposed to be like a mango lemon creme brulee themed character. I was mostly focused on the burnt yellow-orange-ish theme of the ingredients.

Here are the earlier steps of the illustration: 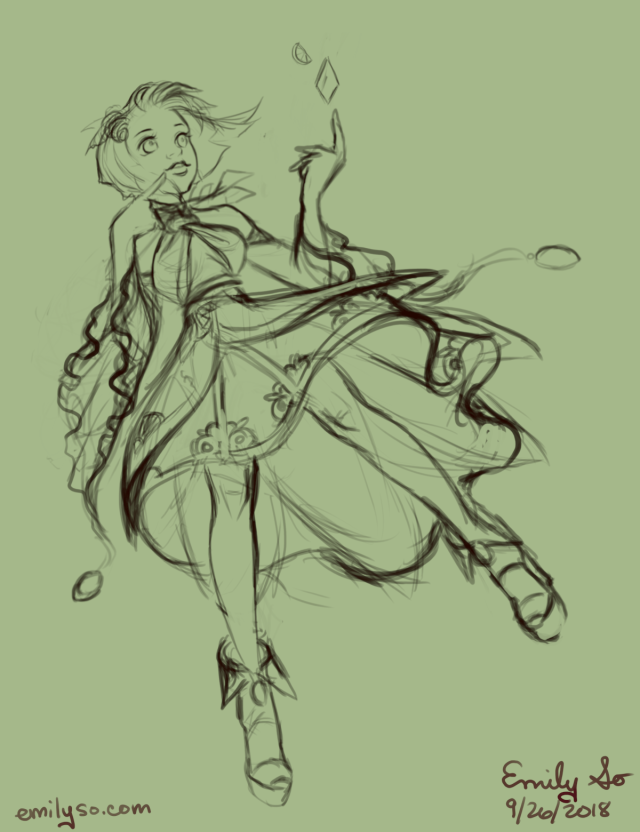 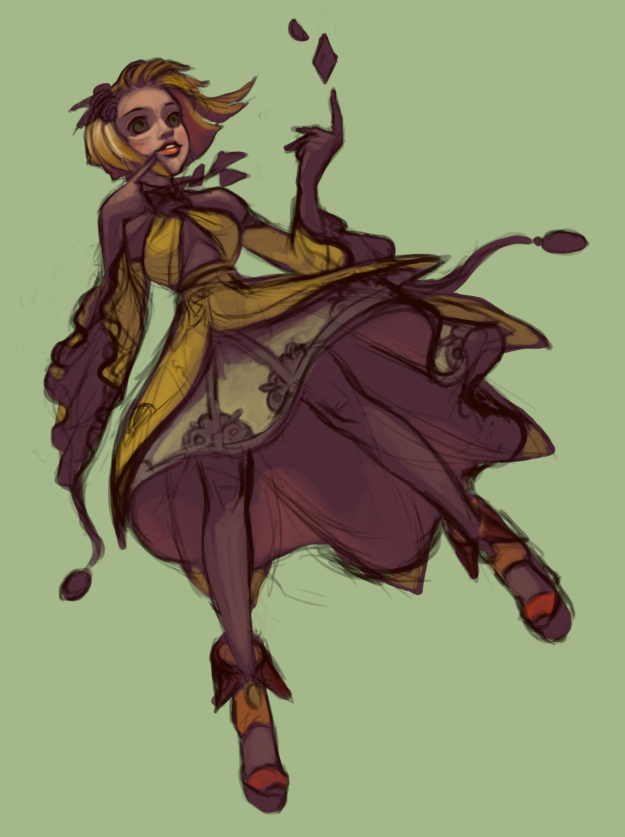 I really want to just make at least 1 illustration like this every month. I’m sure I’ll get better faster if I keep doing artwork for CDC, though sometimes I’m not that into their theme of the month. We’ll see what they have next month.

Yay for more finished artwork! Hope you enjoyed this piece 🙂

Posted in Uncategorized | Comments Off on Character Design Challenge Entry #1

…or cupcake kitty, whichever you prefer *shrug* Every time I draw canines/felines with my students who are into drawing animals, I’m not sure which animal I’m drawing exactly. I just draw something mostly just to inspire students to move their pen across their canvas. I started this illustration as a sketch/demo during a lesson I was teaching, and then I decided to make a polished version of it after the class ended. 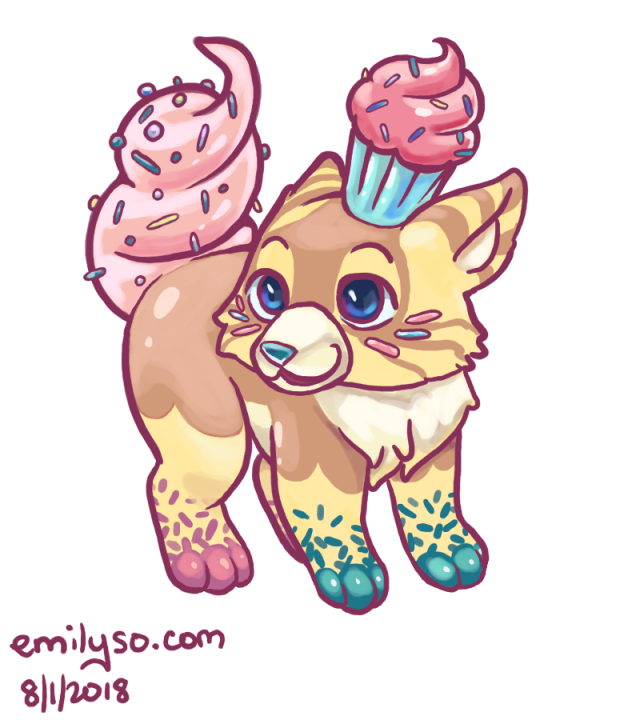 Much brighter than I’m used to, but I like showing each student how to draw in the style of their interest. During this session we referenced this artist, who draws tons of adorable animals with beautiful colors and patterns. I was reminded of how much I love food imagery.

Yay for posting with new artwork 😛

Posted in Uncategorized | Comments Off on Cupcake Canine

I made this illustration for Art Fight. It’s an illustration of one of my students’ characters named Zero (it looks like you can’t view her profile on Art Fight unless you have an account so I linked her DeviantArt instead): 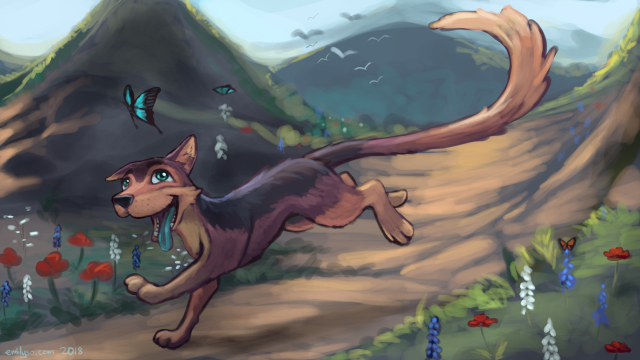 The rules of Art Fight are basically as follows:
When you join Art Fight, you’re put onto a team. In order to score points (attacks), you must draw/illustrate a character owned by a member of the opposing team. The amount of points you get for the illustration depends on certain parameters, such as level of detail, how many characters you have in the image and whether or not it’s animated.

My student and I have learned that to optimize for points, it’s better to put in a bit more time into each illustration — most people seem to be scoring no more than like 20 points because they’re shooting for quantity over quality. I think it’s mostly because they want to draw many different characters instead of spending more time on any one of them.

The illustration shown in this post is worth 84.37 points, mostly because I put in a relatively detailed background and in full value/color. My student recently put in an attack in Art Fight worth a whopping 168.75 points! You can imagine she really worked her tail off for that piece, especially since it’s animated!

One of these days I’ll make a featured post with just her artwork in it. As you can probably tell, my students actually take an active part in motivating me 😛

Posted in Uncategorized | Comments Off on Art Fight attack entry

I decided to join Art Fight, and in order to even get started I figured I needed to put up some original character sheets. Aside from my dinosaurs, I wanted to put up this old character.

Here’s the most rendered, though incomplete, illustration I originally had (I think one time I made an oil painting of him in college) back in high school: 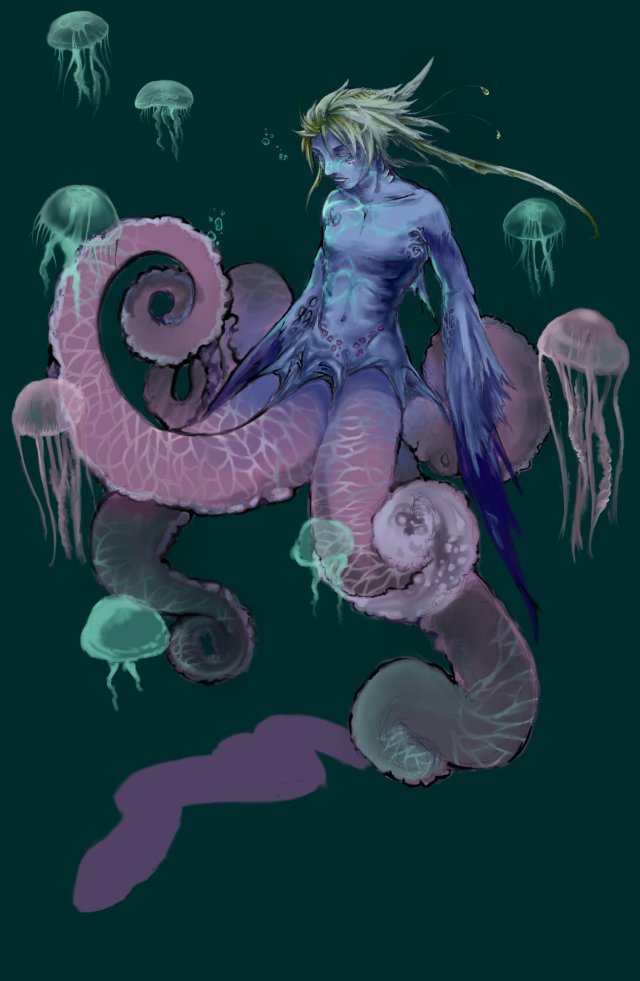 Gross, huh? 😛 The only thing I like about this illustration at this point is the hair.
His name is kind of a reference to something from Final Fantasy VII.

I better get to making my other character sheets.

Posted in Uncategorized | Comments Off on Updated Old Character Design

Here’s some old artwork I did for some clients back in 2016. Both of these were game projects.

For one of them, I illustrated some concept work of elemental golems. 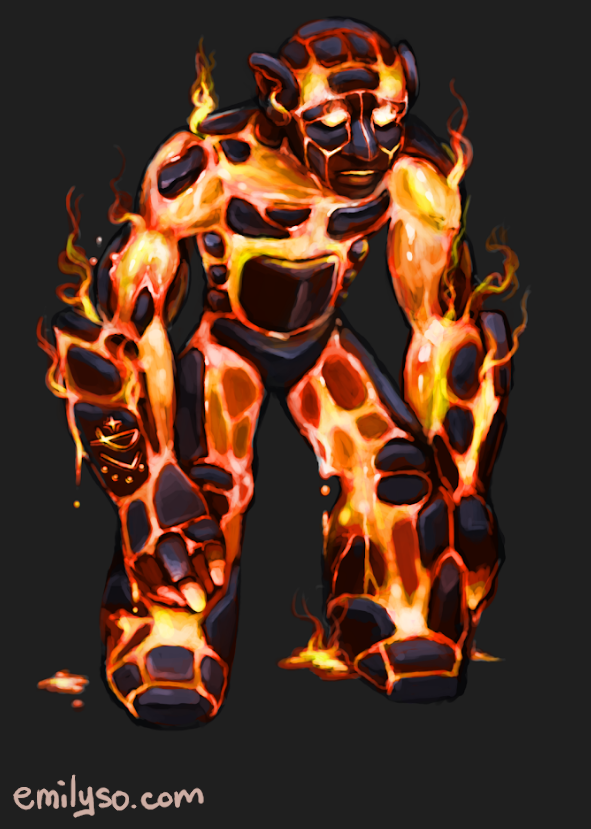 For another client, I illustrated some background artwork for another game project. Time really flies. I’ve probably forgotten about a lot of other artwork I’ve done before.

Posted in Uncategorized | Comments Off on Some old contract work

Posted in Uncategorized | Comments Off on Bath Time pg48
Emily So
Blog at WordPress.com.
Loading Comments...