I thought since I’ve at least temporarily moved out of the New York City area, I’d compile a list of my favorite places after having lived there for a few years. It’s not an exhaustive list, but more like some cool venues I’d bother mentioning in a more comfortably-sized blog post.

On this map, places to hang out are in blue. Restaurants/eateries are in magenta, and places for groceries are in teal. 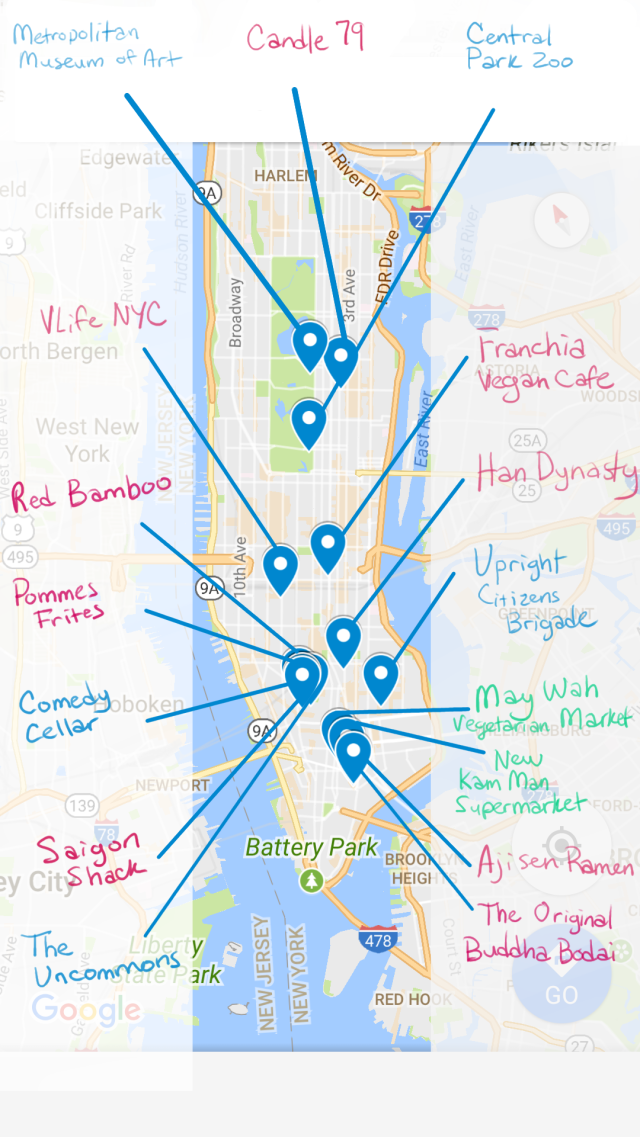 Since I’m a vegetarian, the restaurants I’ve listed are mostly either at least vegetarian or have at least 1 good vegetarian option.

I’ll list my favorite restaurants in order from quick/small bites to sit-down-forever restaurants:

There are so many sauces/dips to choose from in this place. Not really ideal for a “meal” but it’ll end up being one because it’s fries and it’s addictively tasty. I also love the area that it’s in. I was also afraid they wouldn’t have like a bathroom where I could wash my hands from all the grease, but they have a sink right next to the cashier just for that! 😀

Sometimes I can’t resist going here after pole dancing across the street at Foxy Fitness and Pole. I remember loving the BBQ Seitan with rice and the Paradise Protein sandwich. It’s a small space with a few seats, so it’s a quick bite kind of place.

The best vegetarian pho I’ve ever had. I’m about 99% sure they bought their fake meat from May Wah Vegetarian Market, which is alright with me (even though I’ve had a lot of it over time already). The broth is super comforting and satisfying. Love the pho with a side of Thai Iced Tea.

If I don’t feel like stuffing myself with a greasy food coma from Buddha Bodai across the street, I come here for the vegetarian ramen bowl. Their sushi selection also looks really nice, but I’ve always ordered their veggie ramen. I also love the broth in this dish — light and refreshing.

I can’t say I’ve really dug that hard around NYC for a good Szechuan restaurant, but I like their sauteed string beans and homestyle tofu with rice. There aren’t really any novelty food items for vegetarians here, just my favorite Szechuan dishes at decent quality.

I strongly advise coming here for dim sum, which goes on from opening hour until 3pm every day, I believe. Not to mention the dim sum is on the cheaper side at around 3 bucks per dish.  My favorite items to order are the BBQ meat buns, shrimp rice roll (I always order 2 of these), shark fin congee, cruller rice roll (which I put into the congee), pan-fried turnip cake and jelly fish. Outside of dim sum, the BBQ veggie meat is always great with rice. I can’t say I’m a fan of the other fake meats like beef or duck, but their fake chicken like sesame chicken or General Tso’s is pretty good. Buddha Bodai is the closest I can get to my childhood favorites from China Town as a vegetarian. 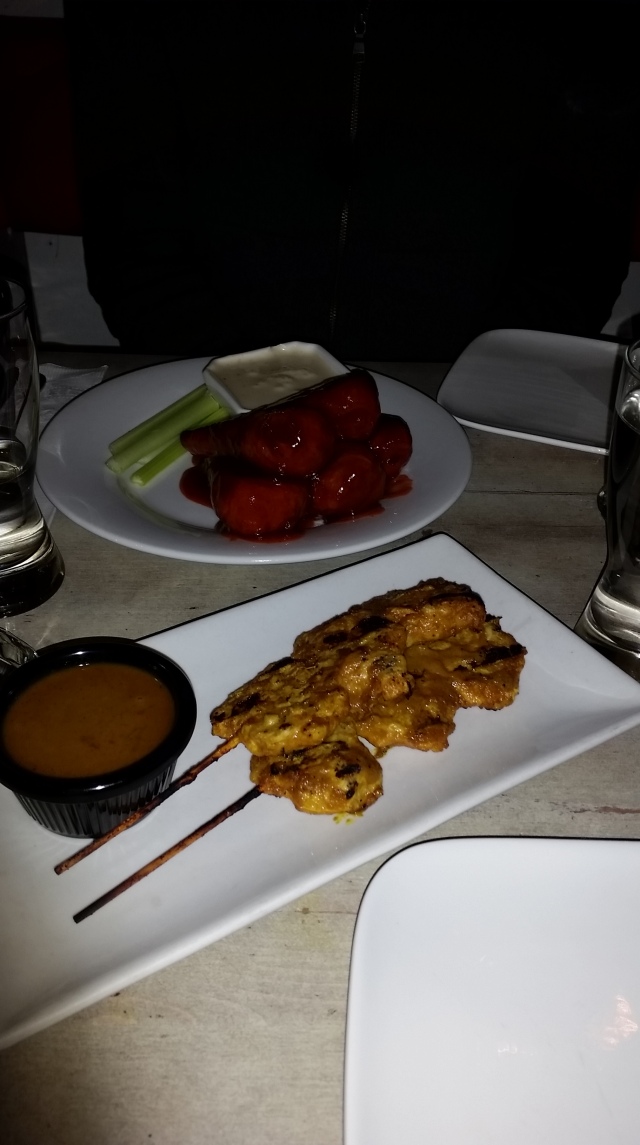 This place is often crowded whenever I try to go (usually with my boyfriend, so only like Friday-Sunday nights). If it’s too crowded, several times we’d just go to the restaurant next door, Go Zen. (It’s not like a baaad restaurant or something, it just doesn’t get overcrowded like Red Bamboo does when we happen to be going). They also don’t take reservations, so the times we were able to get a table were on Sunday nights. The menu is super diverse with foods like Philly Cheese Steak, soul food, Italian, curries and Asian fusion. I remember really enjoying their vegan pumpkin pie. 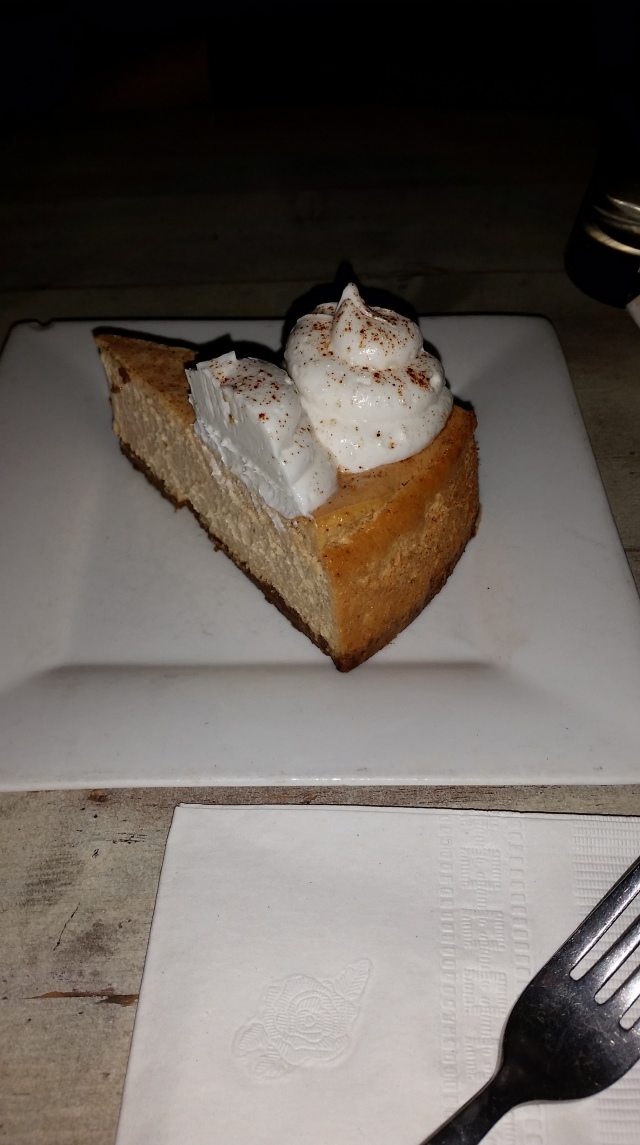 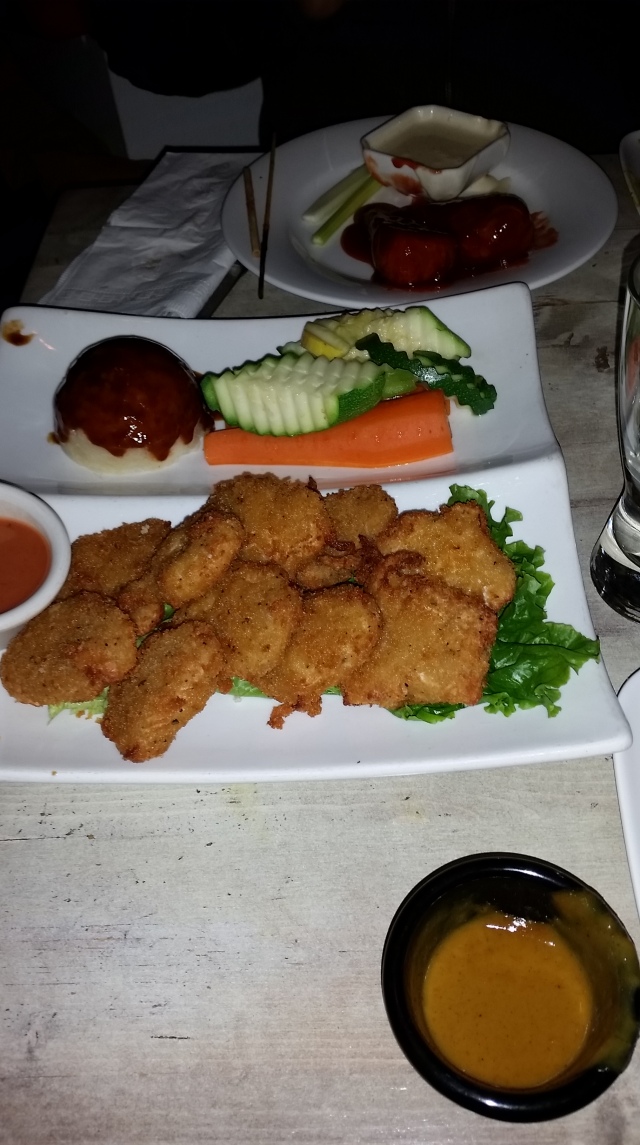 In my experience, you can’t go wrong ordering chicken satay at any restaurant. (In this case, both Red Bamboo and Franchia Vegan Cafe have some really good chicken satay).

This is pretty much a vegan Asian fusion restaurant. I recall always over-eating here, but never getting the gross food coma feeling and I feel as if I could eat a lot here without feeling full too soon. There’s a huge selection of beverages (teas) — if you haven’t tried chrysanthemum tea yet, I recommend trying it here. I forgot exactly what I’ve gotten here, but from what I can recall, the satay was always great, and I often got some kind of bimbimbap. The pho was okay, and I don’t recommend the vegan sushi here. I’d say stick with any mock chicken dishes — in most restaurants where they offer fake beef, it’s often not as great as the fake chicken.

I haven’t been here in a while, but this is probably the most upscale vegan restaurant I’ve been to.  It seems they rotate and swap their menu items in and out often, so even if I recommended some dishes, they might not even have them at the moment. But just in case, I vaguely remember seitan piccata, spaghetti with wheat balls, polenta fries and exotic ice cream flavors. I don’t think there’s any dish I’ve had that I wouldn’t recommend here. I’ll briefly mention a few of my favorite outing itineraries in NYC.

West Village is a great place to hang out for the day. The Comedy Cellar I think mostly has their shows in the evenings, but if you want a Sunday outing, you can also do a brunch comedy show (book these shows days ahead of time, especially for weekend nights). I had a blast with my friends when we went to a brunch comedy show, then went to The Uncommons to play boardgames for hours until dinner time. We paid 10 bucks a head, and once you get a table, you can stay forever until closing time. They also sell some hot snacks and drinks there as well. They take reservations for parties of 5 or more, but we were able to do a walk-in, get on a waiting list and then we got a table in like 15 minutes. For dinner we had Red Bamboo, which as I may have mentioned, had open tables on a Sunday night.

Several times I’ve had outings where we went to the Metropolitan Museum of Art, Candle 79, then walked down to Central Park Zoo. With good company, all that walking isn’t much of a long trip at all 😀

My other favorite places to go are the Bronx Zoo and finally, Coney Island. There’s so much to do on Coney Island — there’s a beach, boardwalk, an amusement park with rides, and an aquarium. I feel as if people don’t really think much about Coney Island when they think fun stuff to do in NYC, but perhaps it’s because it’s so out of the way. But it’s an easy one-stop venue for a full day of fun activities that are all within walking distance of each other. I’m talking as if I’ll die or never come back to NYC because at the moment, I don’t know if or when I’ll come back to live in the area again as close as I did. I’m going to miss the convenience and the diversity though :’)