Today I’m posting about the artwork of Michael (age 12),  one of my drawing students.

His favorite subject matter includes anime, manga and video game characters. What stands out about Michael is his steady diligence and deep focus in studying his favorite drawing subjects. In these drawings of eyes, for example: 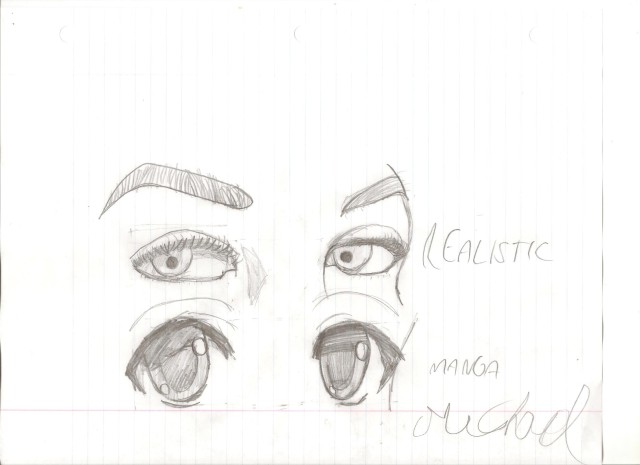 He demonstrates an understanding of dimension in the eyes, such that the upper eyelids and eyelashes cast a shadow over the eyeballs — one of the things I consider very important when rendering more realistic eyes.

Michael has a habit that I think every aspiring artist should have: fascination. Repetition and practice is very important in the process of mastery, and I believe that process should also be enjoyed. 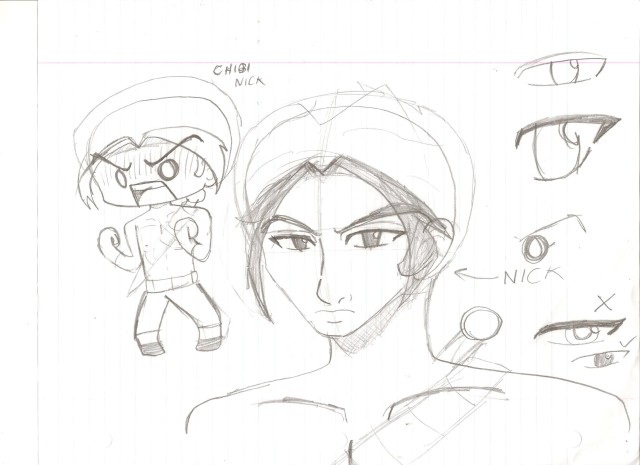 If you are looking to get better at drawing, don’t just draw what the teacher (or anyone else) asks or thinks you should draw (like the standard still lives or simple 3D-shaped objects). Pick things you’d love to draw to supplement the more standard training. In Michael’s case, he performs best when he draws from imagination. I think most of the drawings I’ve ever done are also from imagination (including putting other people’s characters in my own poses), and I think this is okay, as long as we artists get enough reality checks. 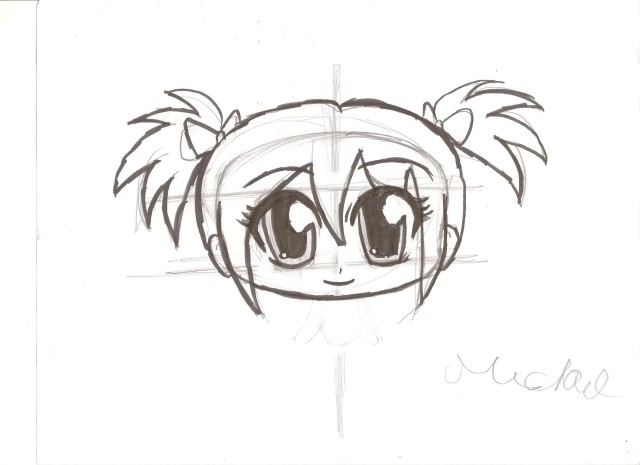 For instance, Michael would draw something from his head, then as a teacher, I’d take a look at it and give him tips for making his artwork look more convincing. This doesn’t always mean proper proportions or trying to get his drawings to become more realistic — it depends on his goal.

Michael loves drawing chibis. For those who aren’t familiar with chibis, chibi is a style of character art where the character looks much more child-like, usually by making their heads and eyes much bigger in comparison to the rest of their bodies. In this case, we’ve studied chibis and what makes them cuter, and what makes them distinct from “regular” anime/manga style (which is usually already out of proportion anyway).

This chibi drawing above demonstrates very nice proportions for a chibi, and also shows Michael’s aptitude in drawing the character’s features with respect to its vertical center in a 3-quarter view (that ponytail, for example!). Very astute, Michael! 🙂 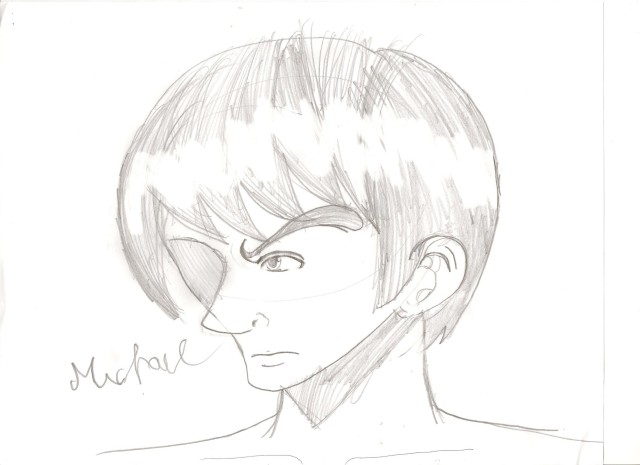 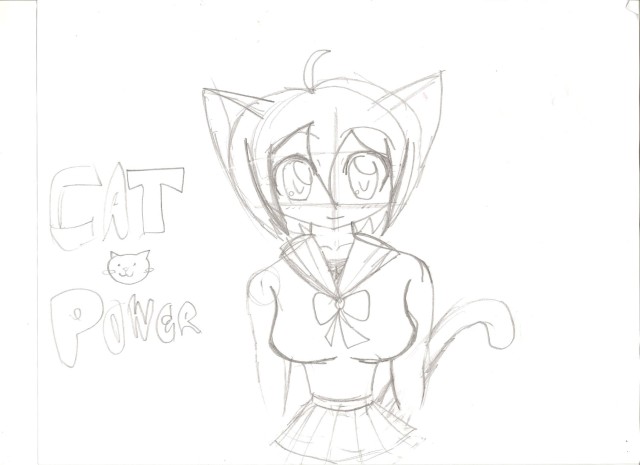 Bodies may be more of a challenge for Michael to draw, but given the right pointers, he always improves a lot over a short period of time.

It’s been a true pleasure teaching Michael, and I look forward to seeing him further develop his skills as an artist and draftsman. Thank you, Michael, for continuing to have me as your teacher 🙂